Moratoriums and the unholy trinity

This is the first of a series of initiatives we are taking to address the moratorium announced by RBI.

The focus is to create awareness amongst borrowers, more the retail borrower, and thus enable a more informed decision and also to put forth an independent unbiased view of the impact and consequences of the two stage moratorium. At this stage, of course we do not know if there will be a third moratorium and if so, in what shape and manner.

COVID, Corona, social distancing, masks, sanitizers, ventilator,  isolation, vaccine, China, USA, Lockdown …. I could go on and on with the new vocabulary that has been our life over the last several months.

The world in general and we Indians, are grappling with the new normal – and it is fast becoming just the normal – nothing new any more! A new dimension of a World War, literally against an unseen enemy, which has enveloped every nation on the planet, a War which no one knows how and when it will end and importantly what devastation it will leave in its trail. And worse, we don’t even know how to fight it as yet.

The trinities  to this War – the first is HEALTH. As the virus spread its deadly grip across the world, people fell ill, got hospitalised, got put on ventilators and tragically many died. The numbers keep increasing  – fortunately, the number of recoveries too. No one was spared, rich..poor, male..female, young..old – as we all struggled to grapple with a no precedent ever global event. From regulated lockdowns to self discipline and conflicting approaches and unverified solutions, we fight on.

Not surprisingly, the second  of the trinities is ECONOMY. Global economies have imploded. Leave alone the macro numbers of recession, de growth, GDP shrinking, several sectors in terminal decline and business models being redefined, there is a much bigger and serious consequence – loss of jobs, loss of income and businesses and sectors shutting down and the consequent impact on people – you and me – the average person, who worked honestly to put food on the table, educate his children  and give his family a better life – a life that is threatening to come crashing down. Lay offs, lost job,  reduces income, struggling cash flows, bleak and uncertain financial future – all paint a fairly dismal and no light at end of tunnel picture. In this entire scenario, comes the loans and liabilities people have taken on, in better times and now are struggling to service. As they prioritise their limited resources, often the first thing that drops of the radar, is servicing loans.

The third dimension of this trinity is SOCIAL  – not social distancing but social impact. It is a more recent addition to the trinity and is probably the most lethal of them  all. The fallout of the impact of the health and economic  consequences, will have and is already having a devastating social impact. In the immediate – stressed relationships, uncertain future, broken marriages, devastated plans, destroyed  or stalled careers, and most importantly, job losses and income losses causing collateral impact on the social fibre of humanity. As this plays out, the very core of our societies is being completely redefined and we will all have no choice but to accept and finally  embrace.

Each of these has a terrible potential  and together a portent of a global consequence with unknown implications.

For the financial sector, another word that’s slowly crept into our lives and is having short term and potential long term impact is MORATORIUM. In the end of March, 2020, the RBI announced a three month  moratorium from servicing loans, to alleviate the immediate impact of lost jobs, uncertain cash flows and a general “balm” to the kind of panic that set in due to financial issues.

Subsequently, more recently there was a SECOND MORATORIUM announced – for three more months. The RBI in its wisdom made the announcement with low clarity on the actual operational aspects with some level of standardisation, resulting in all lenders interpreting the advisory to their strategic and operational convenience.

The whole idea of the moratoriums, I would believe, was to ease the stress of the borrower – and I am also sure that has been the driving force behind the decisions on implementing the moratorium. And now, with the second moratorium, I believe the confusion could increase, as some lenders are learning from moratorium 1 experience, and making changes. Please remember, the average borrower knows little about moratorium and impact etc – and whilst most lenders have made different levels of effort to educate their borrowers, there is still a fuzzy awareness of the consequences on the borrower, basis his decision to avail the moratorium or not.

The moratoriums will have short term consequences and  long term impacts. We hope to address many of them in a series of initiatives, you – the reader will hear about in the next few days/weeks.

We are giving a thought leadership to this with complete independence. We have researched on  available material  on the moratorium and also spoken to a wide range of different lenders – banks, housing finance companies, and related stakeholders.

Until my next blog – coming soon – stay safe and stay well. 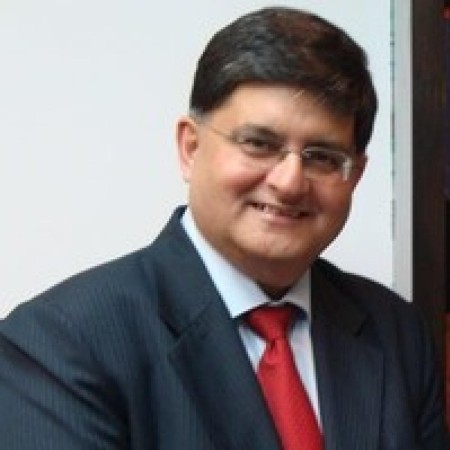 Satish Mehta is a mortgage finance and credit information veteran with global and domestic experience of over 40 years. He runs a boutique consulting firm - Athena Advisors. He is a consultant to the World Bank Group and a Professor of Practice at the Ahmedabad University.